Please enter a query below to search through the current blog posts.

History Of The Horse-drawn Carriage 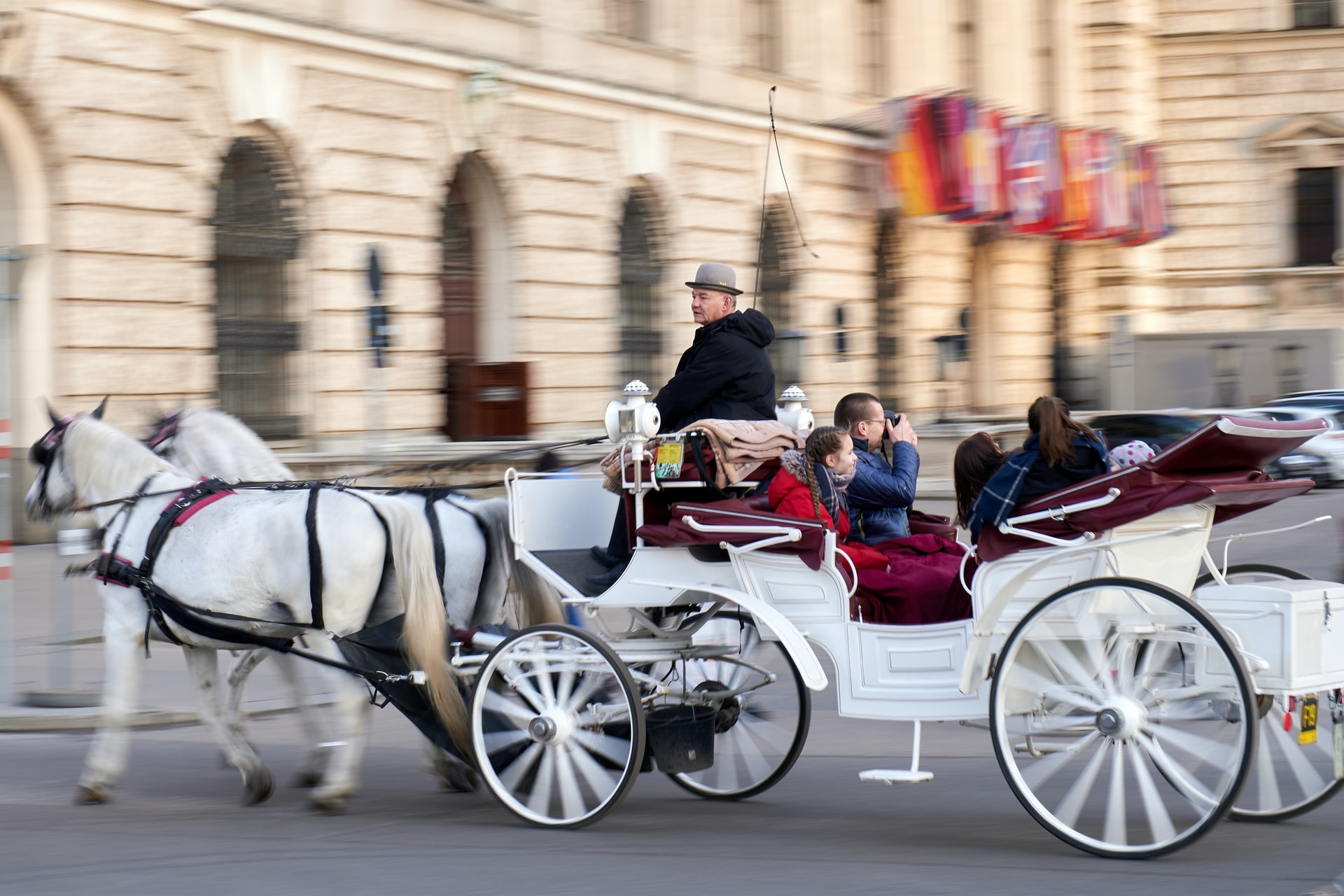 The idea of using wheels for transportation appears to have originated in the Eurasian Steppes of modern-day Russia and Ukraine and the worlds first evidence of wheeled vehicles in mid 4th millennium BCE in the Northern Caucasus and Central Europe.

Various Celtic graves searched were found to contain early horsecarts that hint the platforms had originally been suspended elastically.

Excavations suggest that the basic construction techniques of the traditional form of wheel and undercarriage were initially established in Bronze Age Europe. With the successful domestication of horses almost 6,000 years ago, united with the cart provided the perfect travel solution. 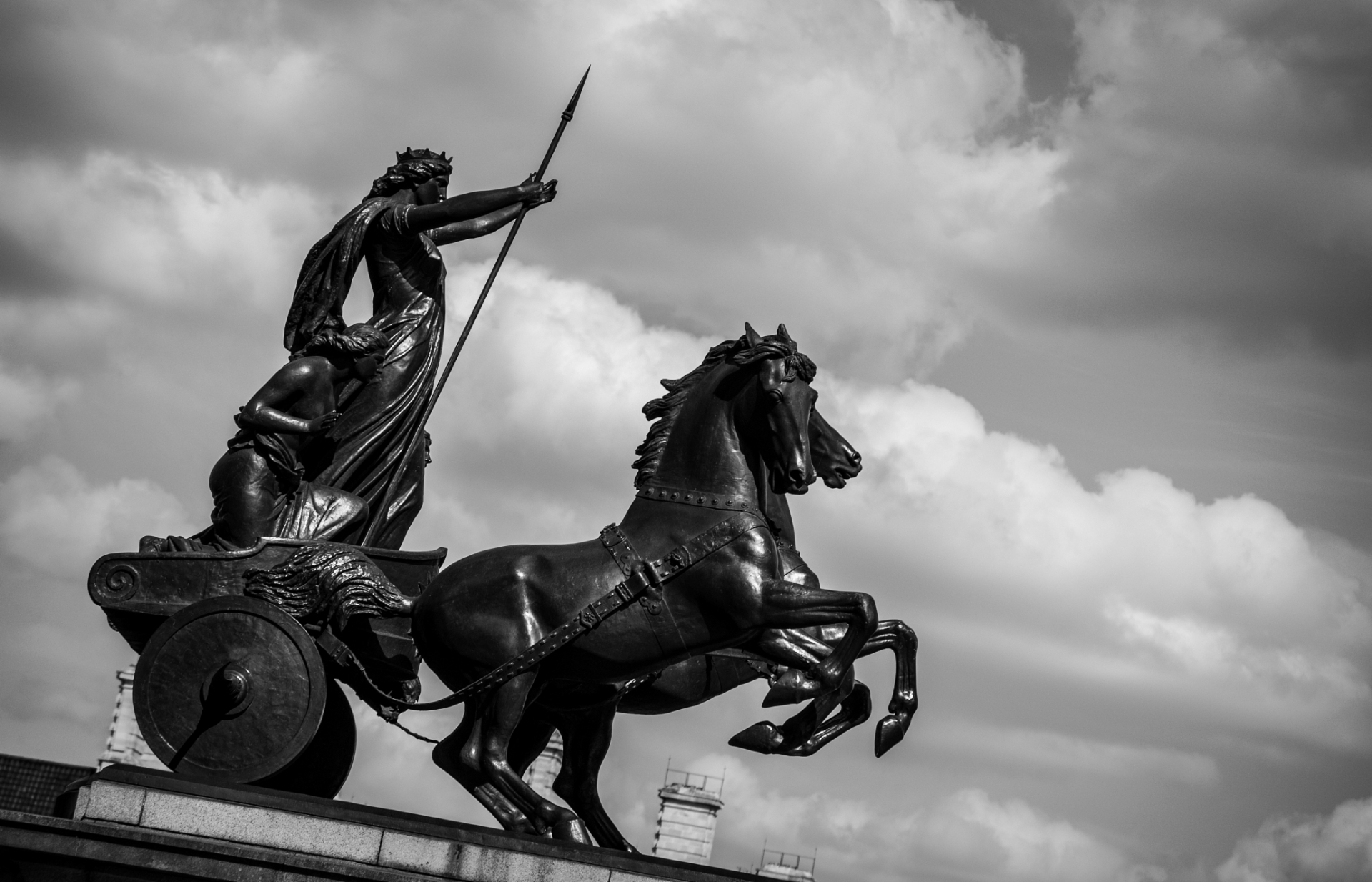 It is presumed most early wheels were created from wood that inevitably rots (although in some cases it can petrify and be preserved), meaning there isn't really any salvageable evidence of them. The evidence we do have available consists of impressions depicted in tombs, images on pottery and collections of ancient wheeled cart models.

The earliest chariot is said to have originated in Mesopotamia in about 3000 BCE. It consisted of essentially nothing more than a simple two-wheeled basin, carried one or two passengers, and pulled by one or two horses. 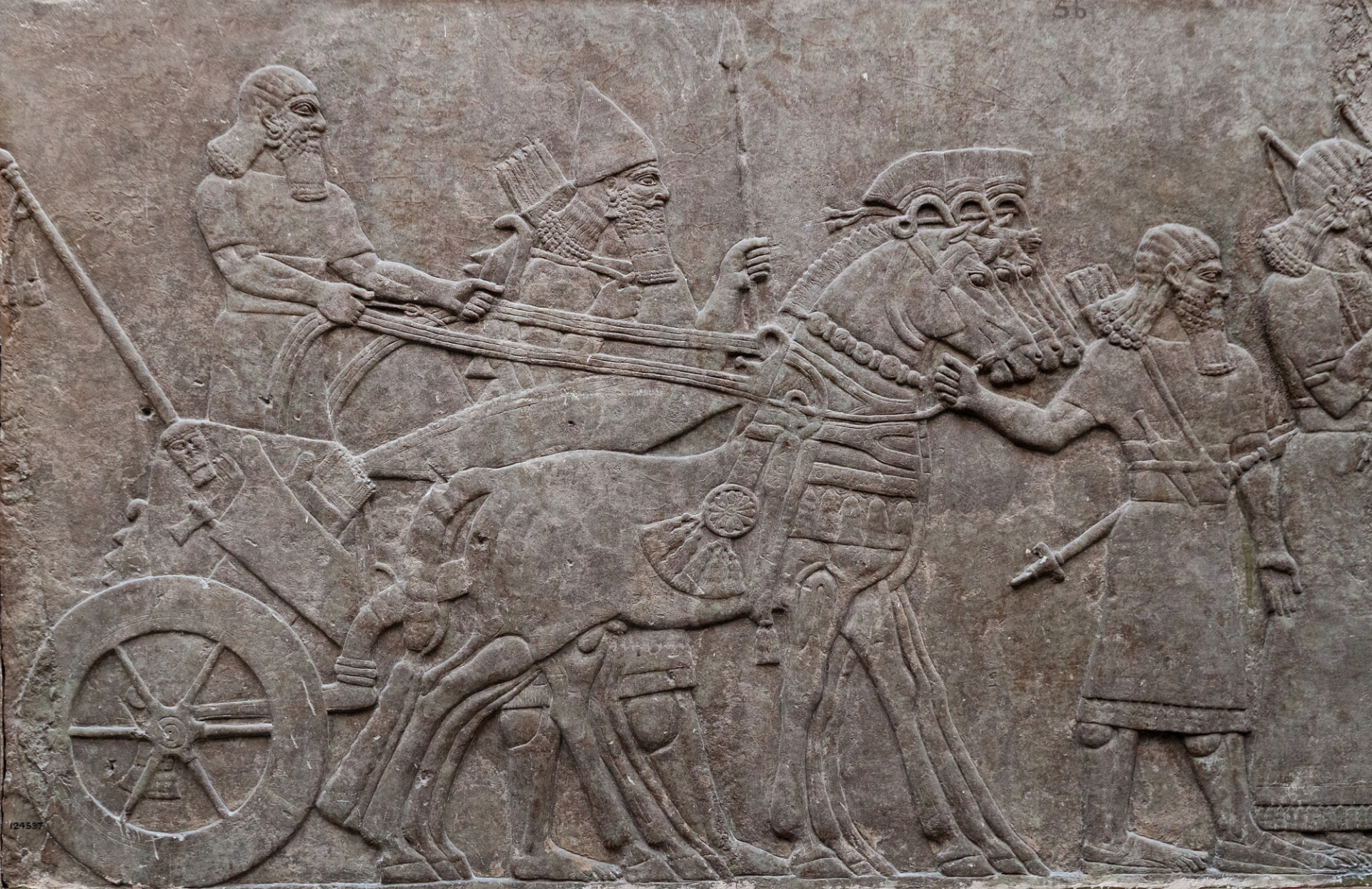 They were typically lightweight and rapid, making them the favoured warfare vehicle of the Egyptians and the near Easterners and Europeans. The chariot was revolutionary and effective in delivering warriors to crucial areas of battle.

The oldest known official chariots are said to date back to 2000 BC and were discovered in burial grounds of the Sintashta culture in modern-day Russia. The Egyptians, Hittites, Aryans, Shang Dynasty Chinese and Assyrians were among the first civilisations to make use of carriages.

The Romans primarily used horse-drawn carriages to transport construction materials and agricultural goods such as cereal, olive oil and wine or to travel long overland distances.

They also used horse-drawn chariots for sports entertainment such as racing and jousting. Carriage parts recovered through excavations indicate that the Roman carriages employed some form of suspension using chains or leather straps and iron wheels.

Some horse and carriages owned were articles of luxury, known to be covered with a roof, drawn by horses and often used as transportation by Vestals, priests and the extremely wealthy.

In 1933, a chariot burial site depicting the earliest archaeological evidence of chariots in China was discovered in Hougang and dated back to the rule of King Wu Ding of the late Shang Dynasty c. 1250 BCE.

In Ancient China, chariots were typically two-wheeled vehicles drawn by two or four horses harnessed to a single draught pole. The chariot was used primarily as an attack and pursuit war vehicle. 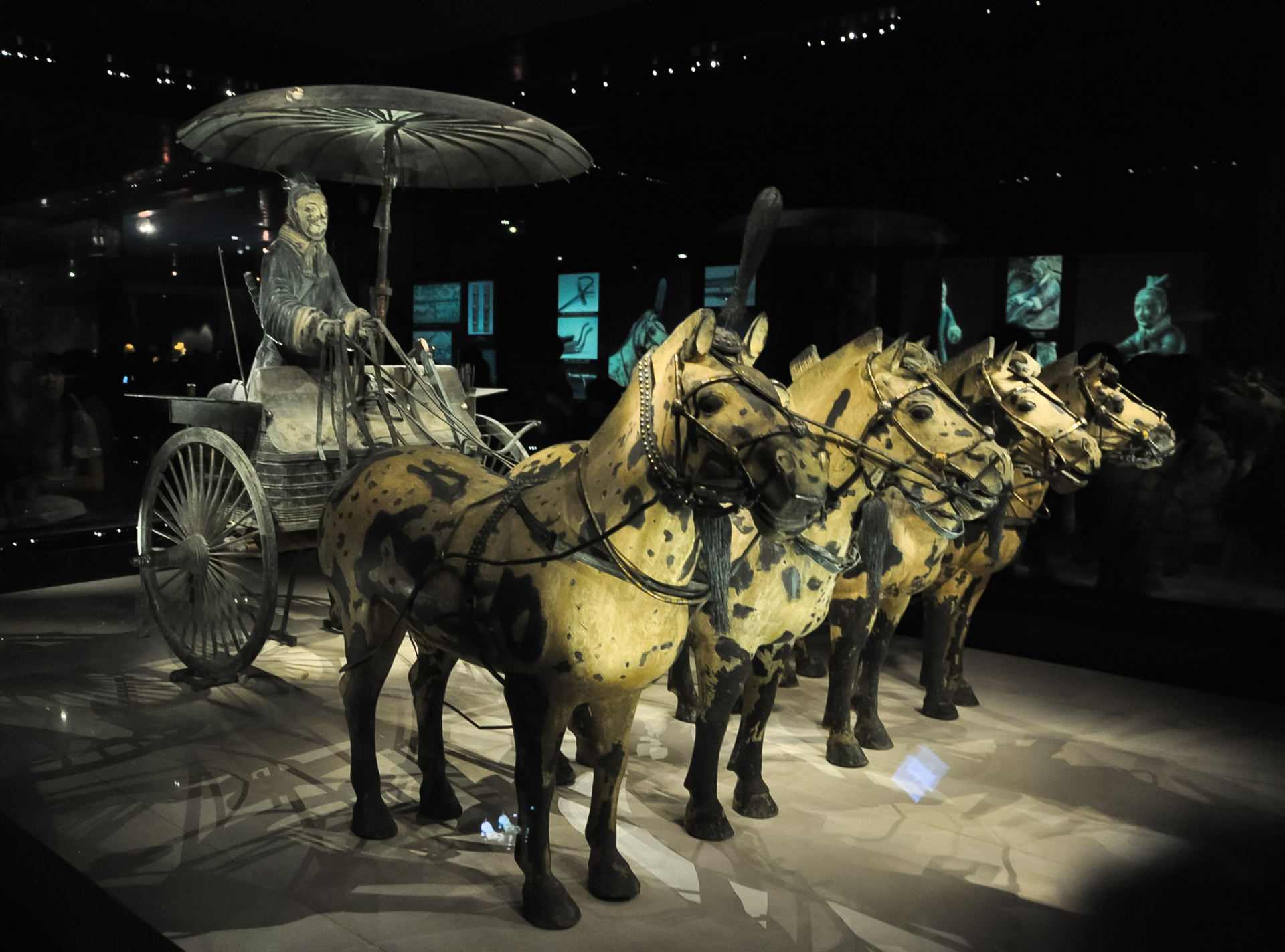 The Chinese use of chariots reached its peak from the 8th to 5th centuries BCE, and although chariots appeared in more significant numbers, charioteers were very often defeated in battle.

The power of a Chinese state or dynasty was usually measured by the number of chariots they possessed, for example, a country with a thousand chariots would be ranked as a medium country, and a country in possession of ten thousand chariots would be classed as a vast and powerful country. Carriages were also known to have been utilised for transportation in the kingdom of the Zhou Dynasty, during the Warring States period.

Due to the appalling condition of British roads, carriages were not introduced in England till around 1555.

Typically crafted from primarily wood and iron, carriages were vehicles consisting of a four-wheeled wagon with one or two axles, a rounded roof and seats. At first, the carriages used a leather suspension, but in the 17th century arrived the great innovation of spring suspension, which consisted of curved bars of metal on which the carriage body rode. This meant passengers could travel in comfort on the city streets, and with the eventual discovery of rubber and rubber processing, rubber wheels were added, making the ride even smoother.

Carriages were used primarily as transportation by royalty, aristocrats, and wealthy distinguished town women and High-class carriages were usually elaborately decorated with rich carvings and opulent gilded detailing. They were often pulled by two to four horses depending on the size and weight of the carriage. Carriages used by non-royalty, however, were known to have their wagons covered in plain leather.

Horse-drawn carriages in a myriad of formats vastly became the defining form of transport. Carriage horses could typically be kept in stables or, among royalty and aristocracy, in what was called "mews". The mews, situated on or near the family grounds, contained stables for the horses and a carriage house and housing for carriage staff. The most famous, owned by the Queen, is the Royal Mews at the Buckingham Palace grounds in London, England. As the centuries passed, an array of carriages entered the mainstream. Developed not only for the practical needs of travelling and delivering goods but also for style, elegance, and changing fashions. Carriages were even used to carry the sick or deceased.

The passenger coaches began to forwardly progress with the gradual evolution of vehicle suspension consisting of steel springs and leather braces. The four-wheeled coaches featured a rear set of wheels far more prominent than the front and a shaped body with windows.

These enhancements to the vehicle system greatly improved journeys by providing passengers with greater comfort and lighter construction and made it possible for the coaches to be pulled by a single horse.

These vehicles were initially made in Hungary and by the 16th century were widely in use throughout western Europe. They eventually began replacing the use of heavier chariots for state processionals and the upper classes' general transportation. By the 17th century, heavier vehicles had evolved to be pulled by a team of horses over long distances.

At the same time, lighter, stylish vehicles primarily designed for speed were further developed also. They enclosed a number of these carriages with wood, glass, and cloth, improving them further. 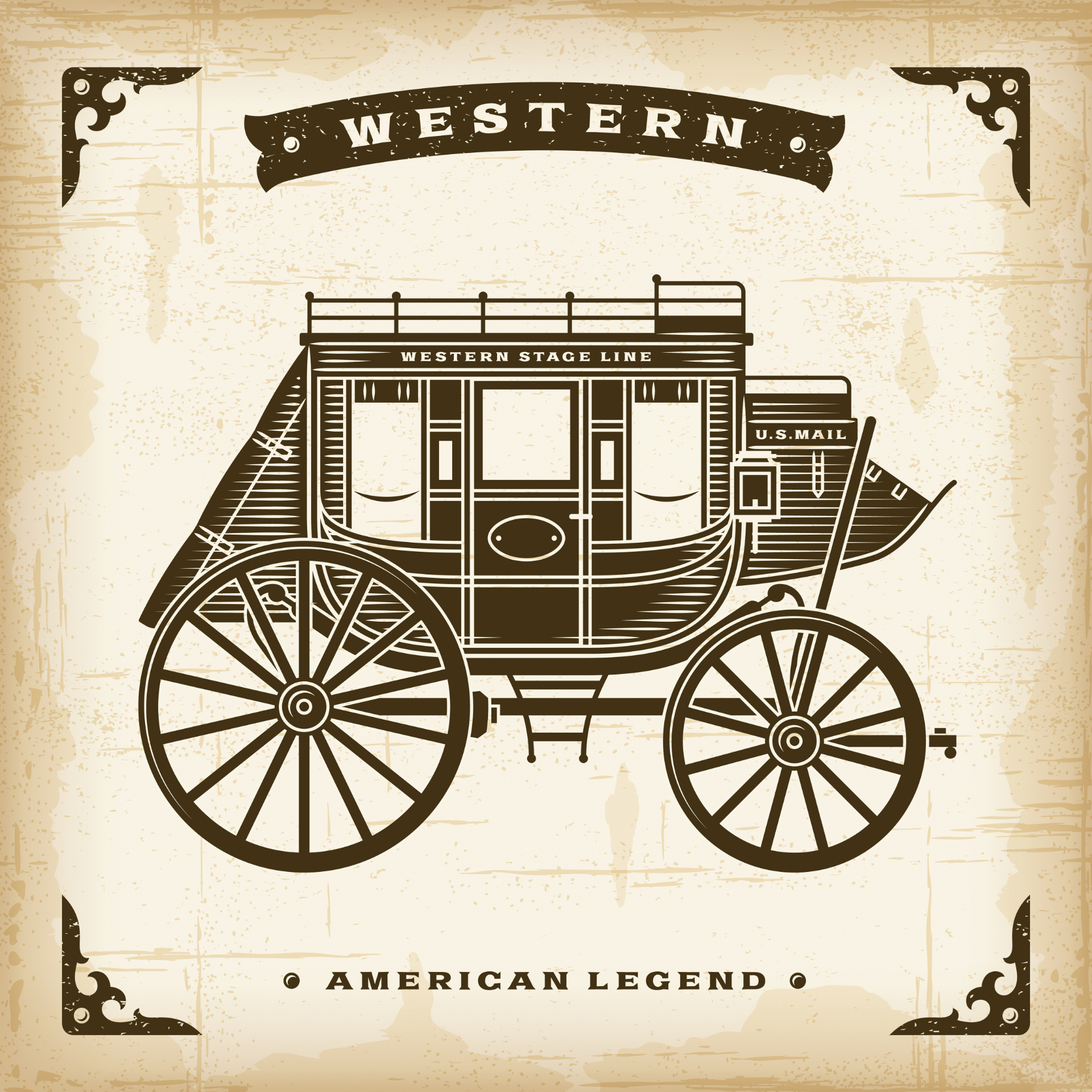 By the 19th century, a considerable amount of carriage types were in everyday use. In the United States, the stagecoach, typically with four wheels and four horses, had become a familiar means of public transportation.

In Europe, it was a two-wheeled vehicle, called the "cabriolet" they used for this purpose.

It is evident that a considerable amount of influence was taken from the construction and form of the carriages in the cars produced during the early part of the 20th century.

They were even related to the initially established Bronze Age wheel and undercarriage design that is still used in automobile technology today.

If you are planning a wedding in Essex or the surrounding areas, we provide horse drawn carriages for just such occassions.

We offer horse drawn carriage hire in Essex and London. Visit our site to book your wedding transport hire.